Femtech: ready to change the world

Not just a buzzword, femtech is here to stay. First coined by Denmark’s Ida Tin when she launched the period tracking app Clue back in 2013, femtech is where technology and women’s health collide. While the term has attracted criticism for sexism, with products aimed at men’s health not categorised as such, and for excluding the trans community, who may also need to access the same technology, it seems that the term is here to stay. Femtech encompasses products and services aimed at enhancing women’s health and wellbeing through technology. From tracking periods, fertility, menopause, disease diagnosis and sexual pleasure, femtech has the potential to not only change women’s lives, with opportunities for better care and faster diagnosis.

While Femtech should be going from strength to strength, with research consultancy Frost & Sullivan predicting that the femtech industry would be worth $50 billion by 2025, the sector has been overlooked by tech companies and investors, with both conscious and unconscious bias, rather than data and potential profits, steering decision making.

Heal Capital, a European venture capital fund, believes that the market is ripe, stating that “women spending on average 29% more per capita on healthcare compared to men in the same age-group, and women being 77% more likely to use digital tools for healthcare than men.” Last year TechCrunch highlighted an analyst note from Kaia Colban and Andrew Akers in PitchBook showing the disparity between how much women spend annually on medical expenses versus the investment in women’s healthcare. The authors estimated that women spend approximately $500 billion, with only 4% of healthcare R&D targeted specifically at women’s health issues.

Colban and Akers write: “While we still view femtech as a niche industry, we believe secular drivers could help propel new growth opportunities in the space. These include the increasing representation of women in the venture-backed technology community, rising awareness and acceptance of women’s health issues, and the growing prevalence of infectious diseases among women in some countries in Africa and Asia. Furthermore, while the majority of femtech products have traditionally focused on reproductive health, we believe new approaches to women’s health research will help open the door to new products and services.”

The lack of investment in femtech startups is linked to the difficulty of getting capital to female entrepreneurs, with many female led startups and female focused tech solutions often overlooked as being too niche. Crunchbase figures confirmed this, showing that in 2019 2.8% of VC funding went to women-led startups, dropping to 2.3% in 2020. The reason for the lack of funding is not in the ability of the founders, with numerous studies finding female-founded companies generate more revenue and are significantly more capital efficient, but in the structure of the venture capital market itself: in the most recent survey by the British Venture Capital Association found that women held just 13% of senior investment roles in VC firms in the UK. As Melinda Gates stated, “We like to think that venture capital is driven by the power of good ideas. But by the numbers, it’s men who have the keys.”

However, there remains hope that as the venture capital world becomes more diverse there will be greater recognition of the investment potential in femtech, which is providing solutions to more than half of the world’s population. Promising fields identified as by Heal Capital include menopause, with 1/8th of the global population of women in 2025 to be experiencing menopause, endometriosis, which affects 1 in 10 women, and non-hormonal contraception. Other areas include a more holistic and female-oriented approach to general health and disease management, including heart health, pain management, diabetes and weight management.

Whinny Insurance Brokers is a trading name of Williamson Carson & Co Ltd which is authorised and regulated by the Financial Conduct Authority. Register Number 146295. 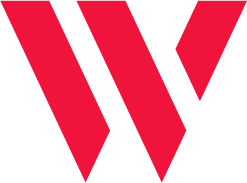